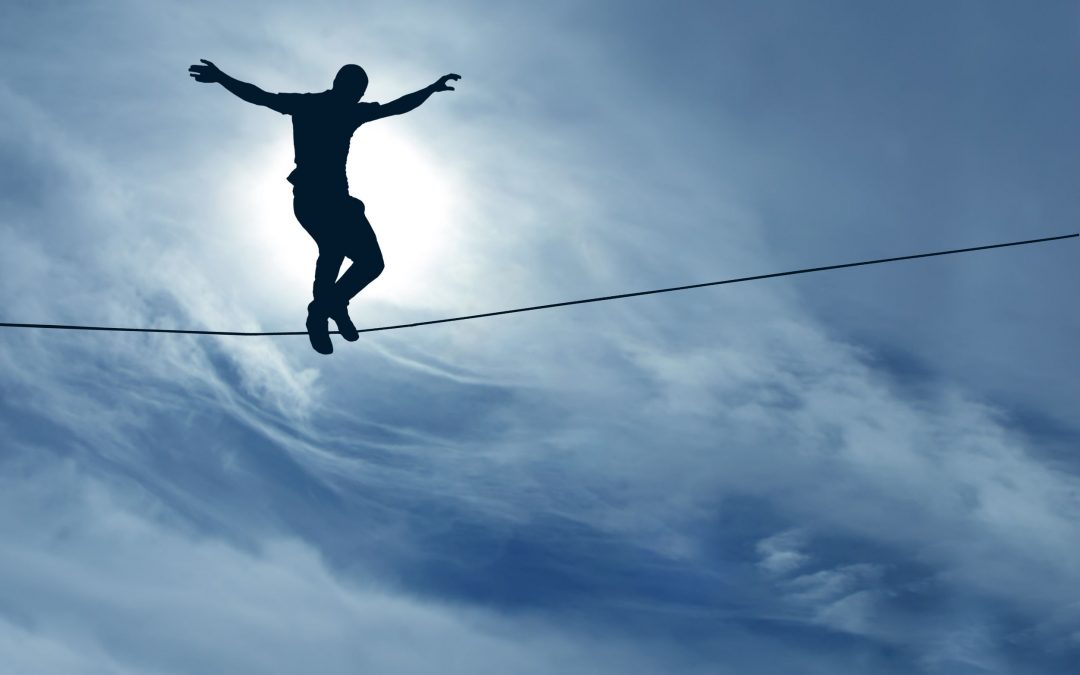 Risk provokes different emotions among different people. For some, risk-taking suggests excitement, challenge, learning, even joy. For others, it implies danger, fear, loss and embarrassment. Effective leadership and learning inherently involve sticking your neck out when it may not feel comfortable. To be a successful leader, you must strike a balance when it comes to risk, one that allows you to take on responsible risks, endure turmoil and conflict, inspire others and guard against pitfalls.

Risk is often in the eye of the beholder. In researching his book Highwire Management, my colleague Gene Calvert asked people if they were risk takers. They usually said no and would point to others they considered to be risk takers. Invariably those identified as risk takers were surprised by that label. They never felt what they did was particularly risky because they always thought through their ideas and developed contingency plans.

Risk also comes in different flavors. People may take physical risks — black diamond skiing, bungee jumping, swimming in shark-infested waters — or emotional risks, such as starting a new company, writing a book, or adopting a child. But rarely does a person feel comfortable taking risks in both realms. It’s as if the two are mutually exclusive. Physical risk takers seem fatalistic about bodily harm but fear emotional failure. “If I dive out of a plane and my parachute doesn’t open, I’m done,” they would say. “But if I start a company and can’t make it work, it will haunt me forever.” On the other hand, an emotional risk taker who has started several companies would say, “If my company fails, I see it as something I can learn from for the next company, but physical risks seem terminal.”

Financial planners often ask clients about their tolerance for risk: are they aggressive, moderate or conservative when it comes to their investments? I’ve found that professions also have risk tolerance profiles. My entrepreneurial clients downplay risks and typically see the upside of any venture. Brimming with positivity, they’re confident their ideas are doable and success 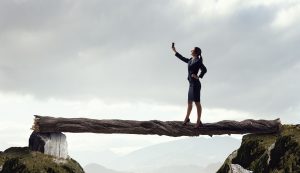 is just around the corner. My clients in fields like audit, cyber security and compliance are practically programmed to perceive the slightest dangers and hazards in any undertaking. They tend to prefer certainty and predictability. But both extremes have their pitfalls: aggressive risk taking can blind you to serious dangers, while fear of risks can squelch a new idea before it gets off the ground.

Whatever your risk profile, you will inevitably face some risky business. Fortunately there are strategies to manage risk and mitigate potential hazards. One rule of thumb is to risk sooner rather than later. By risking early in your career, you have a greater payoff over a longer period of time, and if you should fail, you have more time to recover. The same may be true when it comes to a project or new initiative. A calculated risk taken at the beginning may allow a project to advance faster. If it doesn’t pay out, you will not have sacrificed as much in terms of time and effort had the risk come later and delivered a poor result.

“Risk big for a noble cause” is another axiom. Big risks are very visible and offer more reward when they’re successful. Taking on a big risk typically entails finding allies because it’s almost impossible to implement a big idea alone. And it turns out that the very process of getting support — finding people to help you uncover weaknesses, identify improvements and sell the idea within the organization — is an effective way to mitigate risk, both for the idea and for your career. If your big risk fails, the fault — and criticism — are shared among your allies. Criticism may not even materialize if the effort was undertaken in good faith, had significant upside potential and included reasonable precautions. And when a big risk pays off, sharing the reward makes you a generous, innovative leader.

Another way to manage risk is to question your assumptions. Because it’s often difficult to see the flaws in our own ideas, enlist a peer to play Devil’s Advocate and offer objective feedback. You could also break the risk into increments, allowing you to gather data and learn from each step. And you can gradually increase the scale and exposure of the risk. For example, by running a pilot before a local rollout, you can incorporate changes before undertaking a national rollout, learning as you go along. 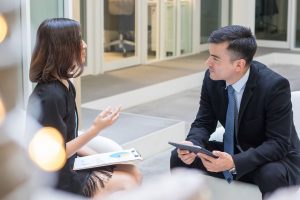 Decision making always involves walking a tightrope between gathering data and taking timely action. You need enough data to thoroughly assess and manage the risk, but you can’t always wait until all the data are known to seize an opportunity. For example, by the time you have conducted multiple pilots, assessed the results and made adjustments, the operational landscape may have changed. And in today’s competitive market, there may only be worms for the earliest bird. You may be taking a far greater risk by waiting than by acting.

People who excel at responsible risk taking typically have several characteristics in common. They’re resilient, able to recover from adversity and absorb the downside of a risk, thanks to their self-confidence, support structures and internal incentives. In a previous newsletter, I noted that confident people tend to be viewed as more competent than people who appear less confident. That combination of confidence and perceived competence is critical to winning support for risky initiatives.

The support structures for responsible risk taking include emotional support from family and friends, organizational systems and tools, subject matter assistance from wise colleagues and reliable financial backing. A venture that could result in bankruptcy would probably be too great a risk without a solid fallback option that draws on all those sources of support. And because some risks may take a while to pay off, celebrating milestones along the journey—such as shipping a new product — helps to reinforce resolve.

In his research for his book, Calvert found that people regretted the risks they didn’t take. Not a single person regretted a risk they took. Many expressed sadness over what could have been had they taken a chance on a job, a relationship, or a different path. Their stories led me to conclude that if the downside of a risk isn’t too awful and the upside is worth it, go for it. If nothing else, you will have a great story to tell. 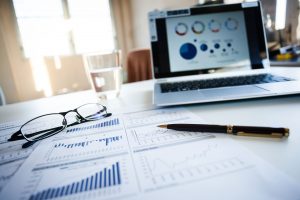 Many people have an intuitive sense of what is a good or bad risk. They may collect data, but ultimately they rely on gut feel. If you’re not ready to trust your gut, try a more analytical approach using a risk assessment questionnaire to surface key decision points: