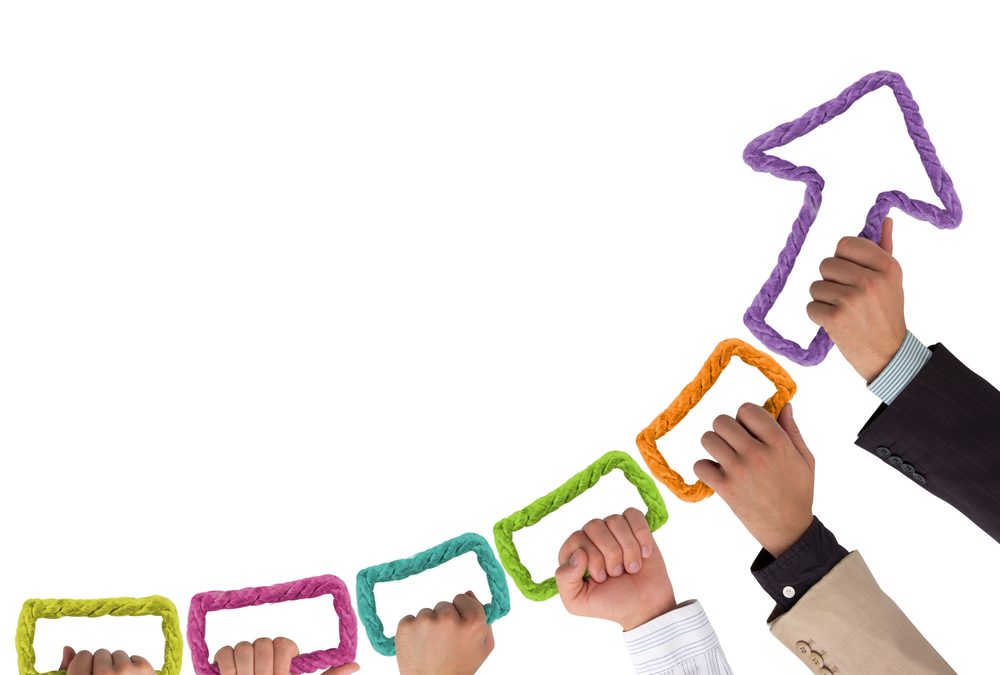 When team members all share a similar background, their working relationship may be harmonious, but groupthink can take over leading to stagnation and less creativity. On the other hand, when people with diverse backgrounds, unique styles, distinct preferences, and cherished idiosyncrasies come together, creativity may flourish but team members may stumble trying to figure out how to work with each other.

The key to effective teams is the shared understanding of the standards, processes, and goals governing their work. And there are well-known stages of group development that teams go through to become effective: forming, storming, norming, and performing.

In a team’s forming stage, each person brings with them the standards and processes of their previous teams. For example, one person may come from a culture where team members vigorously challenged each other’s ideas to arrive at the best solution. Another person may have come from a gentler culture where team members politely questioned but never attacked each other’s ideas. You can imagine how such different approaches can lead to conflict. Team members may hold back, behave politely, and watch to see how everything shakes out while objectives, roles, and responsibilities are clarified. 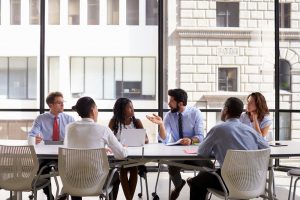 As the team identifies its goals and procedures to achieve them, operating norms emerge that guide how members work together to build shared agreements. Norms that emphasize respect among all team members allow people to feel safe when presenting their points of view and to accept team decision making. The norms become agreements that help individuals know how to behave on the team.

Forming can be iterative: Each time someone joins a team or someone leaves, the team goes back to forming to ensure everyone is still on board with a shared view of objectives, norms and operating approaches. Norms may be revised in these iterations to ensure new members’ work approaches are considered. For example, a new member might explain that in her last company important decisions always required two meetings. In the first meeting, ideas were offered and team members advocated for their favorites. In the interval before the second meeting, people considered the arguments they heard and then made a final decision at the next meeting. This norm was especially helpful for introverts who prefer time to think before responding.

Once the initial forming issues are addressed, teams enter the storming stage where individuals have become comfortable in their positions and may test norms. Some team members may try to take control, others may step back from their commitments, and conflict may surface as people try to determine their roles and how to influence others. The norms established in the forming stage can help team members have productive conversations and resolve differences. For example, a norm that recognizes only one speaker at a time can curb a team member who is prone to interrupting or talking over others.

The third stage of team development, norming, is a time when team members breathe a sigh of relief that group conflict and positioning have been addressed and everyone is getting along. But individuals may still avoid difficult conversations about disagreements for the sake of team unity. They may prefer to stay in their lanes and make “safe” decisions, resorting to group think for fear of offending someone. By reminding the team of norms promoting open decision making and good-faith discussions considering all possibilities, team members can bring up dissenting ideas and push past discomfort to make better decisions. 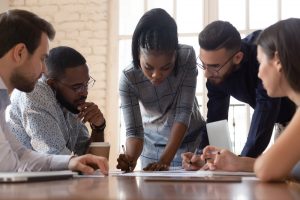 In the fourth stage of team development, performing, team members know their roles and responsibilities and can interact flexibly with each other. People are not guarding their territory, seeking their own success at the expense of others. Rather they have a big-picture view of what is best for the team and the organization as a whole. Norms established at the team’s onset have created a healthy set of agreements for team behavior and provide structure to help teams work through difficult issues. Time spent developing meaningful norms upfront pays off as a solid foundation for high-performance teams going forward.