How to Deal with Conflict 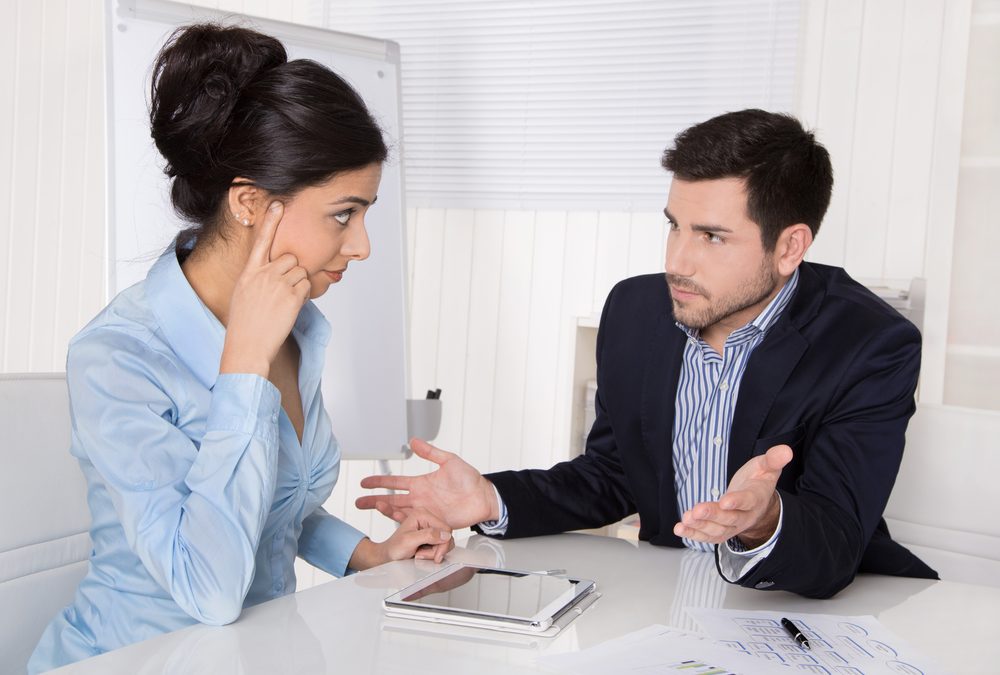 I rarely hear people say they enjoy conflict. In fact, I find most people go to great lengths to avoid it. But avoiding conflict rarely makes it go away, and the outcome can be worse than if it were addressed early. Conflict can be as simple as a misunderstanding or as difficult as a war over land.

How conflict is viewed makes all the difference in how it is addressed. Conflict can be healthy when different perspectives and viewpoints can be aired. Conflict can be harmful when the issues are personalized and people lack the skill to achieve resolution. Avoiding conflict leads to unresolved issues and inadequate solutions, so the time spent honing your conflict resolution skills is worthwhile.

If you don’t care about the relationship or the issue, the best approach is to Avoid a conflict. For example, imagine you are at a department store looking at a number of scarves and you put one aside for consideration. As you look at other scarves, you notice someone has picked up the scarf you had set aside. You mention that you were thinking about buying that scarf, but the person who has picked it up says she wants it. You don’t know the person, so the relationship doesn’t matter. And you really aren’t that committed to buying that particular scarf, so you say, “Go ahead and take it.”

Now imagine you’re fairly sure that scarf is exactly what you’ve been looking for, but the other person who has picked it up is a close friend. Even though you really want that scarf, you care more about your relationship with your friend than the scarf, so you choose to Accommodate and let her buy it without arguing.

Suppose again that you’ve decided you want that scarf, but this time the other person is a stranger. You still don’t care about the relationship, but you have spent time picking out that scarf and you want it. Now is the time to Assert. You might say, “I had set aside that scarf because I was planning to buy it. Please give it back.” If the other person doesn’t relinquish your perfect scarf, you could ask a salesperson to intervene. One thing’s certain: if you don’t fight for it you may lose the scarf. This situation can become contentious as I learned when I shopped at Filene’s Basement when I was in college. Fights often broke out over the sale merchandise; if someone else wanted an item badly it seemed like everyone else had to have it too. 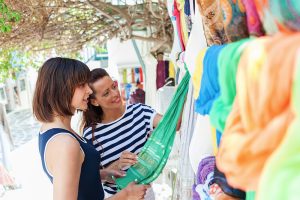 At work usually both the relationship and the issue matter. If you always assert, you get a reputation for being selfish or a bully. If you always give in or accommodate, you may not seem committed to your point of view and be seen as a pushover. Because you value the relationship and feel strongly about the issue, resolving conflicts at work typically calls for you to Collaborate. Suppose you and a business partner have different ideas on how to launch a new product. Time spent clarifying goals and agreeing on what success looks like can lead to finding solutions that are better than either you or your partner could have come up with alone.

(Returning to the scarf example, if both the scarf and the relationship are important, you might try joint custody: both you and your friend pay half and agree to let each other borrow the scarf as needed or according to a set schedule.)

There may be times when the relationship and issue are important, but a win-win solution can’t be found through collaboration. At that point, you may have to “settle” on a Compromise where each party gets some but not all of what they want. But keep in mind that when neither party is truly happy with the decision, it may not make for a lasting solution and the relationship may suffer. If the only solution is to cut the scarf in half, you damage both the scarf and the relationship.

If you’ve dealt with conflict frequently, you may have a preferred approach. But you’ll be more effective if you expand your range of options and use the model to analyze what really matters in the situation. And if you think of conflict as a process to find a positive resolution, you will approach it with a more positive expectation.