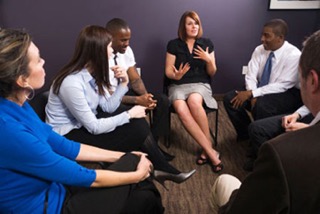 How do you feel when someone says, “Can I give you some feedback?” And what if that someone is your boss or anyone else senior to you? Maybe you wish you had one of those “turtle shirts” from a Saturday Night Live skit. Just shrink down inside the shirt and you’re protected from whatever negative comments you’re expecting. 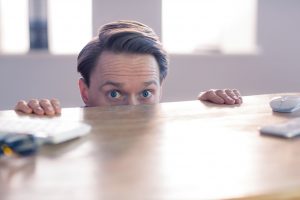 As much as we may fear feedback, it is important to our success. Like a dashboard on a car, it giving us vital information about how we are operating. Imagine driving a car that had no speedometer or gas gauge. You wouldn’t know whether you’re going too fast or too slow or if you’re about to run out of gas! If you think about feedback as a means of course correction — keeping you from veering off your success journey — you might come to welcome it.

Giving feedback can be just as fraught as receiving it. I have seen strong, confident managers crumble at the thought of a feedback conversation with an employee. The best way to reduce the fear factor on both sides of the conversation is to build a solid working relationship before the need for feedback arises. Knowing the person you’ll be giving feedback to helps you gauge how direct you can be. It also helps ensure your feedback aligns with the person’s goals. For example, a talented young man on one of my teams made no bones about wanting to be promoted to supervisor. But his competitive impulses and derogatory comments about fellow team members made others uncomfortable. To stop his negative interactions, my feedback focused on how he could be a better team member and a leader that others would want to follow. When feedback is anchored to a person’s goals, it is received as developmental rather than critical.

As someone who has received her fair share of feedback over the years, I can tell you that knowing a manager cares about your career goals makes all the difference in how feedback is received and acted upon. By offering suggestions to improve, the manager is supporting development, not just finding fault.

A legal expert in regulatory issues and risk management was diligent about protecting the company and argued passionately about what it should do to mitigate risk. His manager pointed out that his role was to advise, not lobby for a particular action or direction. The manager went on to offer that if he was going to be a successful business partner, he needed to trust that when given all the information, the company would make the right decision. The manager acknowledged how much the man cared about the company and that his intentions and motivations were admirable. The feedback was experienced as caring and helpful.

The power of feedback means managers can find themselves teetering between crushing someone’s spirit and boosting their motivation. To ensure a positive, constructive interaction, there are several time-tested tips for both givers and receivers of feedback.

When You’re On the Giving End of Feedback

1.     Give feedback when you can be calm, professional and caring.

Creating a positive atmosphere is key to delivering effective feedback, and the way you conduct yourself plays a big part in conveying the right tone. When preparing for a feedback session, recognize that people are not trying to mess up — we all make mistakes — and that feedback that is considerate of the person’s ego and desire to do better is more likely to be accepted.

2.     Provide context for the feedback discussion.

Summarizing the person’s overall performance before providing feedback helps put her at ease. When she is told that she is doing well and the manager is giving her tips for getting better, the feedback is more eagerly received. Without an overall assessment of performance, an employee may feel the feedback is a message to shape up or be fired. Feeling the stress of losing her job, her performance may decline. Consider an employee who was criticized for typos in her documents. Without understanding her overall performance she didn’t know if this was a minor problem to be on the look out for or a critical issue that was putting her job at risk.

3.   Provide balanced feedback, highlighting both strengths and areas for development.

All too often, people tend to gloss over positive feedback and jump to the developmental areas. Research from the Gallup Organization shows that people are more successful when they leverage their strengths. This is not to say that deficiencies should be ignored. On the contrary, it is important to recognize areas that stand in the way of successful performance and assess whether a job that does not play to a person’s strengths is a good fit.

Developmental feedback is generally accepted more easily if it is presented in a positive way. Instead of saying, “Don’t interrupt others in meetings,” I might suggest, “Wait three seconds after the speaker stops talking before you speak.” It is easier to do something than to stop doing something. Another client often complained about his management team. But when I asked him to identify what the managers are doing well, he realized his complaints were minor. A shift in perspective can bring about a shift in behavior, outlook, mood — even morale.

5.     Give timely examples of specific behavior.

Providing examples helps people understand and accept the feedback. That’s why it is important to provide feedback as close to the incident as possible so the employee will recall the situation clearly. A colleague frequently interrupted his fellow team members while they were presenting ideas. Even after I gave him feedback to correct the behavior, he continued interrupting them. He said he thought people were exaggerating. So, in the next team meeting, I asked him if he’d like a gentle indication when he was cutting others off. “Sure,” he laughed, “catch me if you can.” I gave each team member a cush ball with instructions to (gently) throw it at him when he interrupted anyone. After five hits, he called a truce. Awareness is the first step in helping people change their behavior. 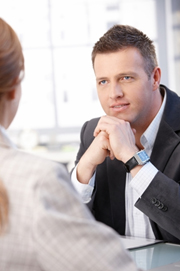 When You’re On the Receiving End of Feedback

How you receive feedback will either encourage others to offer it — thereby helping you be more successful — or cause them to back off — allowing a negative behavior to impair your performance. The key is how you listen. If your demeanor shows openness and receptivity, it encourages the person giving feedback to go on. But if your body language and voice tone indicate resistance, the person will likely stop or curtail their comments. When someone offers you feedback, take a few deep breaths and remember to stay centered. Assume the person giving the feedback has only good intentions. Engage your curiosity and ask for details; don’t immediately rush to defend your actions. If you are inquisitive about the feedback, it shows that you are listening and gives you time to respond appropriately.

I was presenting a report on workforce engagement to a new client. Before I could get halfway through the presentation, the client exclaimed, “This report is all wrong.” I managed my surprise, gulped and asked, “What is it about the report that’s wrong?” He replied, “I’m upset that the employees don’t understand why we made this change and that they are angry about it.” It wasn’t the report that was “all wrong.” It was the attitudes of his employees that were wrong, perhaps because the change had not been sufficiently socialized. By staying calm and curious — not fearful, resistant or angry — I uncovered the true performance issue in his feedback.

Set Yourself Up for Success

If you aren’t getting feedback, ask for it. Interview customers, bosses, direct reports, even your spouse and children. With knowledge and intention, we can improve. Be selective in whom you ask for feedback. Choose astute mentors who are where you want to be or who have a broader perspective. Ask valued peers and create a climate of sharing feedback for the sake of mutual growth. Learn to give and ask for meaningful and caring feedback. Remember the person in your life who saw talents and capabilities in you before you did and encouraged you to step up to greatness.  Bring that quality into your feedback sessions and watch performance soar.