Development Conversations: Have the Talk or Your People May Walk One of my client organizations reviewed their exit interview data to better understand why people were leaving. Among the top reasons were not seeing a viable career path and not having development conversations with supervisors.

Employees expect and appreciate having discussions with their team leaders about how to grow and options for development. Often I find leaders struggle with what to say, but as my client discovered, avoiding these conversations can result in increased turnover.

Leaders should understand that when it comes to development discussions they don’t need to have definitive answers at their fingertips. Helping their people think through options can be just as important, especially if an employee has no idea what their next step should be. In these situations, leaders should ask them what aspects of the current job they most enjoy and then probe more deeply into why they like them. Is it the problem solving, the customer interaction, or the opportunity to work on cross-functional teams? This process can provide clues to other options to consider. 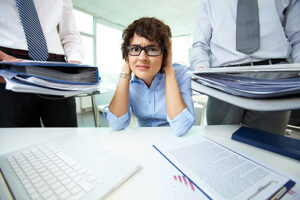 Likewise, asking what aspects about their job that they don’t like can provide insights. It’s easy to assume that people working in the same team or function probably enjoy the same things about their jobs. I like lots of variety and detest routine work but was surprised that one of my managers was the opposite. While I had been giving her interesting new projects that I would have loved, she considered them annoying distractions from her main responsibilities.

As that anecdote illustrates, leaders should make it clear when the tasks they assign staff members are intended as development. When Sharon’s manager, Erik, asked her to present their work at senior management meetings, Sharon thought Erik feared criticism and that he was “setting her up” to take any heat. In reality, Erik thought Sharon should be promoted and was looking for ways to give her more visibility among senior management.

When it comes to career development, employees have four basic options:

The following vignettes describe how these development conversations can go.

Randall and his wife just had their third baby. With three kids under the age of 4, his home life is very full, and as an auditor, with an accounting firm, his workdays are also demanding. When his manager asked him about development, Randall sighed and said that balancing work and home was all he could handle right now. He appreciated his manager’s interest in supporting his career growth. His manager in turn assured Randall there would be development opportunities when he was ready.

Stay in current role but broaden skills in areas of interest 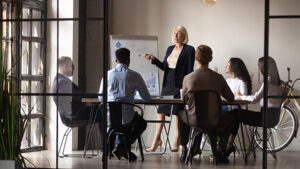 Sherri enjoys her current job, but she’s also passionate about workplace diversity, inclusion, and belonging (DIB). Her manager asked her if she would like to represent their team on the company’s task force on quality. She noted that Sherri’s work products are always exceptional, and she thought Sherri could make valuable contributions. Sherri appreciated the opportunity, but said she was interested in DIB work; was there some way she could help in that area? Her manager went to the head of the DIB group and learned of several opportunities where Sherri could get involved. Sherri and her manager talked about which opportunities offered both the best growth potential and work that Sherri enjoyed. Sherri decided to join a task force created to identify and support DIB training for the organization — a project that was career-enhancing because it gave her visibility across the organization.

Franko is also satisfied in his current role as a senior manager in his company’s finance department. While he likes the idea of being promoted, he thinks the roles above him aren’t very interesting. In his development conversation, he brought up the idea of an executive MBA program and asked whether the company would sponsor him. It would mean some time away from the job and lots of weekends spent studying, but he was very excited about the possibility. His manager shared Franko’s idea with other senior managers, and they agreed that he was an asset to the company and they wanted to reward and retain him. Franko is working hard both at his job and with his coursework and finding many ways to apply what he is learning to his role in the company.

Stay at the same level and learn another function 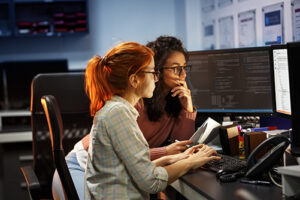 organization. In her role, she has worked closely with the information technology department to automate some of their work and use data to determine which markets to target, which promotions are successful, and what customers are asking for. She loves diving into the data and appreciates the power of data analytics tools to manipulate and visualize information. Her manager was considering moving her to social media marketing to give her more breadth in the marketing function. But during a development discussion, Terry expressed her interest in learning software tools to manipulate data. Her manager talked to the IT manager and worked out a six-month rotation to his team. The assignment will give Terry the option to stay in IT or move back to marketing armed with the additional skills she will develop.

Be promoted to the next level

Some people think being promoted is like passing “Go” on the Monopoly game board: eventually, your turn will come around and you’ll collect $200. They’re not clear why they should be promoted, how it will benefit them, or why it’s good for the organization. Leaders should make sure their people understand the qualifications for promotion, then they can help them think through their goals, assess and improve their skills, and prepare them to move up.

Laura was a senior director in marketing, itching to be promoted to Vice President. In a development conversation her leader, Matt asked what promotion meant to her. She said it would give her greater influence over decisions and, by being included in leadership meetings, she could learn more about senior management’s vision and concerns. Matt appreciated Laura’s motivation and he thought she brought fresh ideas that were worth sharing more broadly, but her expectations of the VP role were vague. He created a stretch role for her to manage another team and get a sense of what a VP role would be like. The demands placed on VPs became clearer, and Laura was even more determined to be promoted.

In a similar situation, Kurt, also a senior director felt ready to be a VP. His boss, Analise, brought him to a senior management meeting to listen and learn. When Kurt saw how much was expected at that level and the breadth of topics he would need to speak about intelligently, he realized he wasn’t ready. In fact, he wasn’t even sure he wanted to be a VP. He appreciated that Analise had been open to his development goals and provided an opportunity for him to get insight into what promotion would look like. 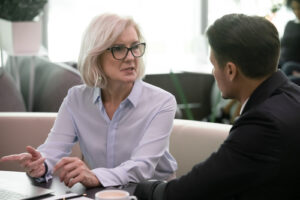 As these examples show, development conversations build strong relationships with your staff and allow you to help them shape their careers. When you don’t have the answers, refer them to others in the organization who can help them explore career options and suggest they consider talking to a coach. Not talking to them can signal a lack of interest in their career and make them flight risks.