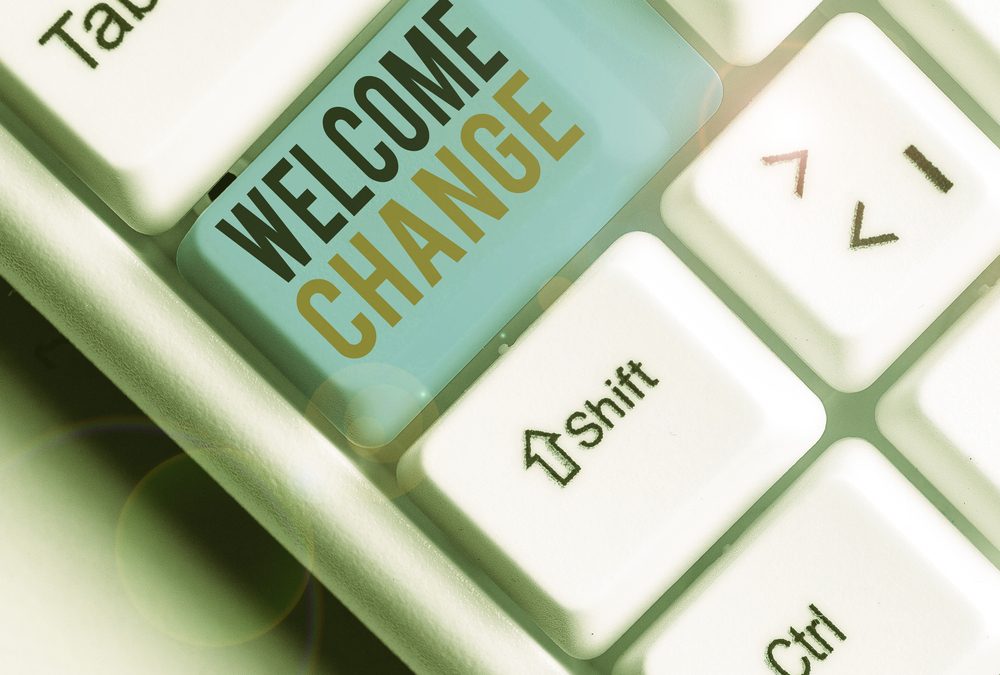 Now that most businesses understand that change is the only constant in this world, they are struggling with how to deal with the many changes they must make to remain competitive. Indeed, an organization’s competitive options are directly linked to its employees’ ability to accept and handle constant change.

Change means giving up an identity for a new way of being or substituting one thing for another. How organizations manage change – and the success they have in dealing with it – depends on whether change is viewed as an event or a process. If change is viewed as an event, the tendency is to complete it [OR to get it over with] and move on to the next initiative. If, on the other hand, change is considered a process, we are more apt to nurture and support it on an ongoing basis, and the change will have a greater likelihood of succeeding. For this reason, it is often clearer to refer to the event as the change and the process of changing as the transition.

There are three degrees of change; incremental, transitional, and transformational. Incremental involves the least amount of change. Examples of incremental change are a company that wants to increase profits from 7 percent to 7.3 percent or a copier company seeking to extend its product line to include color copiers. These changes may require better processes, new marketing plans, and administrative adjustments, but generally, they can be achieved with little disruption to the systems in place. 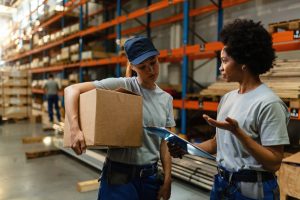 The second degree of change, transitional, occurs when an organization moves from one state to another clearly defined state. A company changing its finance and human resources departments from centralized to decentralized organizations would be undergoing transitional change. It is more complex and far-reaching than incremental change, but the goal of the new state is clear.

Transformational change involves the greatest change: an organization recognizes that change is needed, but it is not clear what the final state will be. This type of change presents the greatest challenge precisely because the future is unclear. The former “Big Eight” accounting firms have undergone a long period of transformational change as they have merged and significantly broadened their scope and identity from traditional accounting and auditing to professional services; such as management consulting, business process re-design, and change management.

The Willingness to Change

When organizations want to make any degree of change, they can only do so if the people within the organization are willing to change. Research has shown that a person’s ability to accept a change depends on whether it is seen as positive or negative, and the more the person feels he or she has some choice in the matter, the more the change will be considered positive. Yet, even when people make a change they desire, such as marry, have a child, or change jobs, they often experience disappointment when they actually begin the transition. This is because we tend to anticipate change with uninformed optimism, thinking of all the good things that the change will bring about. Then, once into the transition, we develop informed pessimism, and we must acknowledge that there are aspects of the change we hadn’t anticipated and don’t enjoy.

Most parents looking forward to the birth of their first child don’t realize how many months of sleepless nights they may face. As we become more comfortable with the transition and experience both its positive and negative aspects, our expectations become more realistic, until the final phase when the change has occurred and we sense optimism and, perhaps, relief. 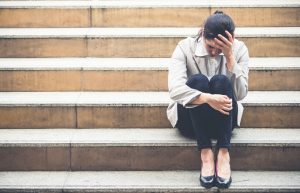 Contrast this journey through a positive change with what happens when change is imposed on us. The negative response corresponds to the stages of dying defined by Dr. Elisabeth Kubler-Ross in her book, On Death and Dying. The first stage is immobilization. Stunned by the initial news of the change, we do nothing. Next comes denial – we refuse to acknowledge the change – followed by anger, evidenced by criticism of both the change and those who enacted it. When denial and anger do not work to stymie the change, we try bargaining. We may ask for more time to accept the change or for someone else to make the change. When bargaining doesn’t work, we may become depressed, distant and lethargic. Finally, we make small steps to try out the change, testing how it will affect us; ultimately, after a long time, acceptance occurs. But this acceptance does not result in the optimistic view of reality that occurs when we perceive change as positive. Rather, it is a grudging acceptance that the change is here to stay, so we’d better go along with it. Clearly, having employees perceive a change as done to them and their going through these negative phases impedes a change effort and lessens productivity for some time. The work required to get employee buy-in and support for the change at the front end will have a larger pay-off when the change is implemented.

Joseph Campbell, who studied stories of heroes from many cultures, discovered a common cycle in all the myths that corresponds to the positive response to change. The cycle begins with a period of elation when the hero sets off on the journey, buoyed by the good wishes of his friends and family. After leaving familiar territory, he encounters difficulties he had not foreseen – represented as a monster. His fear and sense of helplessness cause him to surrender to uncertainty. But as the dangers in his quest become clearer, he struggles with the monster, fighting to overcome it.

In their own journeys through change, some people become mired in uncertainty and struggle, and they give up, resigning themselves to life in the pit. When employees come to work as if they were on auto-pilot, with no passion or excitement, they have surrendered to the monster. It is as if they died at their desk.

Those who continue with the struggle emerge from the journey victorious, with new skills, abilities, and confidence – they have undergone a metamorphosis. Indeed, people who go through significant change and learn from the experience report afterward that they feel stronger, more confident, and more aware of their substantial abilities. Their motivation increases and their ability to change is integrated into their behavior. People who don’t make it through the metamorphosis appear damaged by the change; they are less confident, motivated, and resolve to face another change. 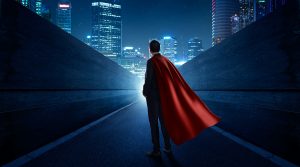 Campbell’s discovery of the fundamental cycle in myths and legends helps us realize that we are not alone in our journeys and that in fact, we have already gone through much change. We tend to forget how much change we have been through and how even the most traumatic change has left us stronger and wiser. Organizations about to undergo change should tap into these personal legends, or “best practices,” in handling change and ask people what resources they found most helpful as they went through change. While many people mention commons sources – friends, exercise, family support – other ideas may surface that they may not have considered as a resource at all.

One key indicator of a person’s ability to handle change is how resilient he or she is. Resilience is the ability to recover from or adjust easily to misfortune or change; the ability to bounce back from difficult situations, being able to learn, grow, and define one’s purpose after facing a difficult situation and committing to overcome it. Resilient people can withstand shocks without becoming permanently harmed or damaged.

Each of us is born with a fixed amount of resilience, some have more than others. People who have more resilience tend to have gone through difficult childhood experiences; they learned to accept change quickly and move on in a positive way. Those who have faced few difficulties or changes in their lives have less of an ability to accept change. Resilience is like a muscle; if we exercise it, it becomes stronger. If we don’t use it, atrophy sets in and we lose it. Although each of us has a given amount of resilience, we can make the most of what we do have by flexing it through the full processing of change.

Resilience is characterized by a positive outlook, proactive orientation, creativity, sense of purpose, flexibility, and self-confidence. Each contributes to resilience and reinforces the other. With a positive outlook, one can have hope in even the worst situation. A proactive orientation allows one to foresee change and the opportunities it holds instead of being surprised and unprepared by it. Being creative means one can find many different opportunities in a situation. With the solid grounding of a clear purpose, isolated incidents won’t overwhelm or deter one from achieving a goal. Flexibility allows one to bend, but not break when change occurs. And with self-confidence, the key attribute, one has faith that whatever happens, things will be all right. Compared to people with little resilience who often experience “future shock,” those with a high degree of resilience can regain their equilibrium faster, maintain high levels of productivity, are physically and emotionally healthier, and achieve more of their objectives. They tend to rebound quickly from the demands of change and come back stronger than ever before.

In a sense, change, when taken as directed, is like a magic pill to enhance resilience. Each time we fully experience and learn from a change, we flex our resilience and make it stronger.

Look for the August 2020 Juicy Work News for the next installment of Building Individual and Organizational Change-Ability.