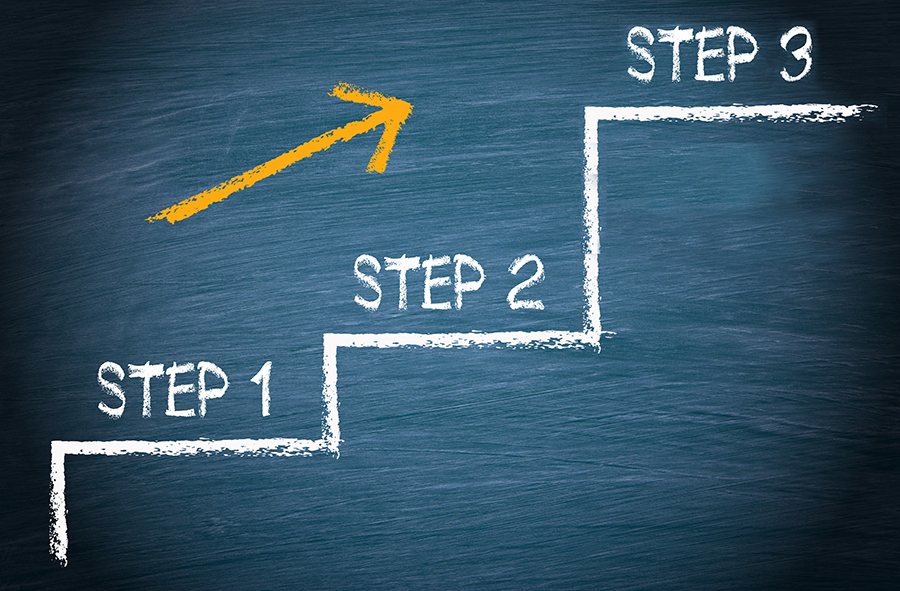 Change is rarely easy, and successfully changing an ingrained behavior occurs only through a series of steps taken over time. The first step is becoming aware of the need to change. Awareness may come from observing others, receiving timely feedback, and participating in leadership development programs.

Once a person is aware of a skill deficit, the next step is making a commitment to change. The motivation to change may be intrinsic (“I see how much more effective Pat is and I want to improve”) or extrinsic (“If I want to be promoted to the next level I need to get better at long-term planning”) 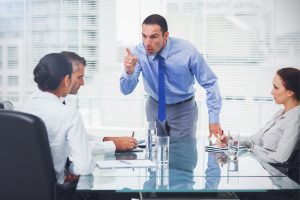 The third step in successful behavior change is developing and practicing the new skill. Research says it takes 30 days of continuous practice to build a new behavior and 300 days to embody the new behavior.

When a leader is given the results of a 360-degree assessment, awareness of the need to change may not be fully achieved. When leaders get feedback, they often don’t get the full context detailing what exactly is unproductive about the behavior, what is the preferred behavior, what would a change in behavior achieve, and what would the consequences be if change did not happen.

I was working with a CEO of an architectural and design firm who was described to me as having anger management issues. He got frustrated with staff when they didn’t perform at the level he expected. In his frustration, he would raise his voice and harshly criticize people. He had gotten feedback before that his inability to manage his anger wasn’t good for him or the organization. But he never felt there was a strong enough reason to change. It wasn’t until he learned that staff wasn’t coming to him with problems because they feared his reaction that he realized he couldn’t help his people succeed if they were avoiding him. Furthermore, he was told if he didn’t change he would be removed. 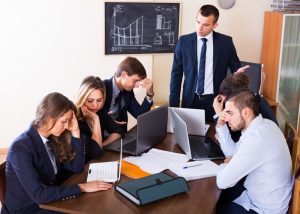 With that clear wake-up call, the CEO committed to changing his behavior, especially since he admitted his anger was negatively affecting his home life. He had accomplished the first two steps toward change.

To help him achieve the third step — developing and practicing a new skill — I first wanted to understand what triggered his anger. I asked him to tell me about a few examples where he had gotten angry with his team. First, he described an incident when he went to a field office and found trash on the lawn, dirty windows, and offices that were messy and disorganized. I asked why that bothered him and he said he felt clients judge the quality of his company’s work based on how the offices look. The company was, after all, selling its aesthetics and design expertise; his offices should model the beauty and functionality that clients would expect from a top firm. I asked if he had ever made that assumption clear to staff and he said he had not; he expected them to know it.

He described a second situation where a deadline had slipped several times due to materials being out of stock, but no one had informed the client of the delay. When the client called him complaining, he was mortified. I asked if his company had conducted customer service training and whether there were client update procedures in place. Again he said no, and he felt everyone should know how to handle these situations.

His third scenario involved a new request of his vice presidents to develop strategic plans for their areas. When they had their monthly meeting and no one was prepared, he lost his temper. I asked whether he had provided them any guidance or materials to put a plan together, such as a template or outline of key areas to address. Not surprisingly, he had not. In 360 interviews I learned that his team very much wanted to meet his request but had no idea how to go about it. They were afraid to ask him for more clarification and even more afraid to provide a plan he wouldn’t like.

The root of the CEO’s anger was his disappointment that people couldn’t read his mind — they didn’t intuitively know what he expected of them. And his temper kept them from asking about his expectations.

Determining what triggered the CEO’s anger was a huge help but not enough to change his behavior. Being more explicit in his directives was a good start, but he needed to be able to recognize when he was getting upset and constructively manage his emotions before he erupted. He had no tools for calming himself or even for recognizing when he was getting close to the edge.

I asked if he ever meditated to calm his mind. He said he was willing to try, but his high energy made meditation hard. When I learned that he typically ran 3 to 4 miles each day before work, I suggested he meditate after running, which turned out to be more successful. The run released his pent-up emotions and allowed him to be calm enough to sit. I also gave him a moving meditation to do during his cool down from the run.

In talking with the CEO I realized the talents and tendencies that made him successful could also be working against him. He was a quick thinker and talker; there wasn’t much space between his thoughts and what came out of his mouth, often resulting in comments he wished he hadn’t made. I suggested that when someone says something he doesn’t like he should count to 10 before responding. During that moment he should draw on his curiosity and empathy, asking himself what was the person thinking and feeling, how was the person approaching the situation, and what was driving the person’s comments. This interrupted his attack reflex and gave him time to respond more productively.

The key was for the CEO to be intentional in his communication. As soon as he reverted to impulsive reacting, his temper resurfaced. To remind himself to pause before reacting I suggested that he write “pause” in bold at the top of his note pad. He could also enlist a trusted colleague to sit next to him in meetings and give him a nudge to remind him to pause, or even ask the whole team to support him by concluding their remarks by saying “pause.” Despite his temper, he was well-liked by his team and they wanted him, and the company, to succeed. After two to three months of constant reminders from his team and working on managing his emotions, he was able to respond in a calm and reasonable way.

Much work goes into understanding what is preventing a change in behavior and which tools will help instill and reinforce new skills. In a coaching engagement, moving from awareness to change can easily take 6 to 9 months, even when the client is committed to the change. Giving clients the tools to build new skills and providing reinforcement for new behaviors is important. Coaches also can determine when a tool may not be working as well as expected and offer different approaches. A supportive relationship keeps both coach and client accountable.

Awareness is only the first small step on the journey to changing a behavior. Be patient with yourself and others when they are working to build a new behavior.